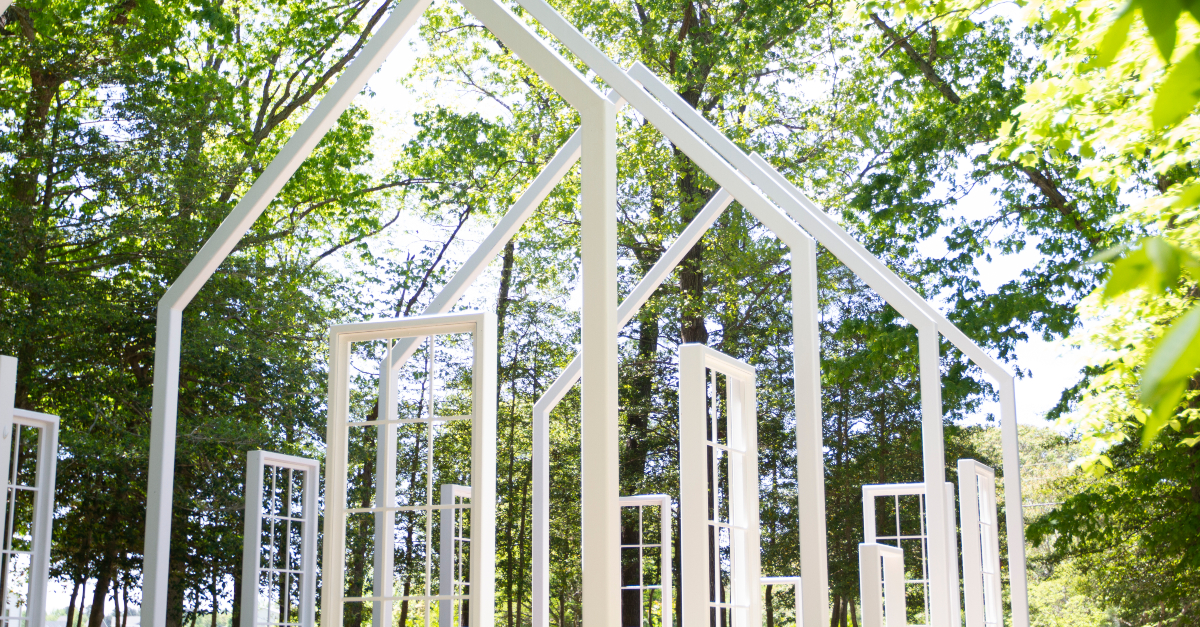 As I type this, my teenage sons are in the next room, and I can hear them laughing and talking. They are on Zoom calls with their youth group from our church. In the midst of this Coronavirus pandemic, they are finding a way to connect, to hear the Word of God, to be discipled together.

Watching thousands die every week, and thousands more lose their jobs, is a horrifying reality in this time of plague.

Behind that is the malaise all around the world of the necessary social distancing and the disconnection that comes with it. For those of us who follow Jesus, the worst of these necessities has been the loss of the ability to gather together for worship. Many are thus asking, “How long will this go on? How long until we get back to normal?”

The truth is that we don’t know, nobody knows, exactly what is next in this awful time. But we do know one thing:

There will not be a specific Sunday when, suddenly, everything is back to normal.

But this will not happen in one Sunday, for which we can mark our calendars and count down toward, as though it were Advent moving toward Christmas.

Eventually, most places will have the requisite flattening of curves of infection, the needed testing and tracing capabilities in place, to loosen up on the restrictions most have faced. But, as we have seen, simply declaring businesses “re-opened” does not mean an immediate return to the status quo.

The Same Will Be True of the Church

Despite the caricatures, the vast majority of American Christians have not only complied with health and civic recommendations but have been out in front of such recommendations.

Have some Christians interviewed on television suggested that the blood of Christ would keep them from being infected? Yes. Have some declared they could blow the virus away? Yes. Have some shared bizarre conspiracy theories on Facebook? Of course. But that’s a tiny sliver of American Christian life.

The real story is how churches and Christians have not only served their neighbors by ceasing gathering for a time, but the way they have shown remarkable creativity in doing so. Some churches that never even recorded their sermons were able, in no time, to:

- provide ways to do youth group Bible studies via Zoom, and

Churches without even a website address found ways to enable their people to give their offerings online. Some churches had to find a way to vote on calling a new pastor with online voting or drive-through affirmations. 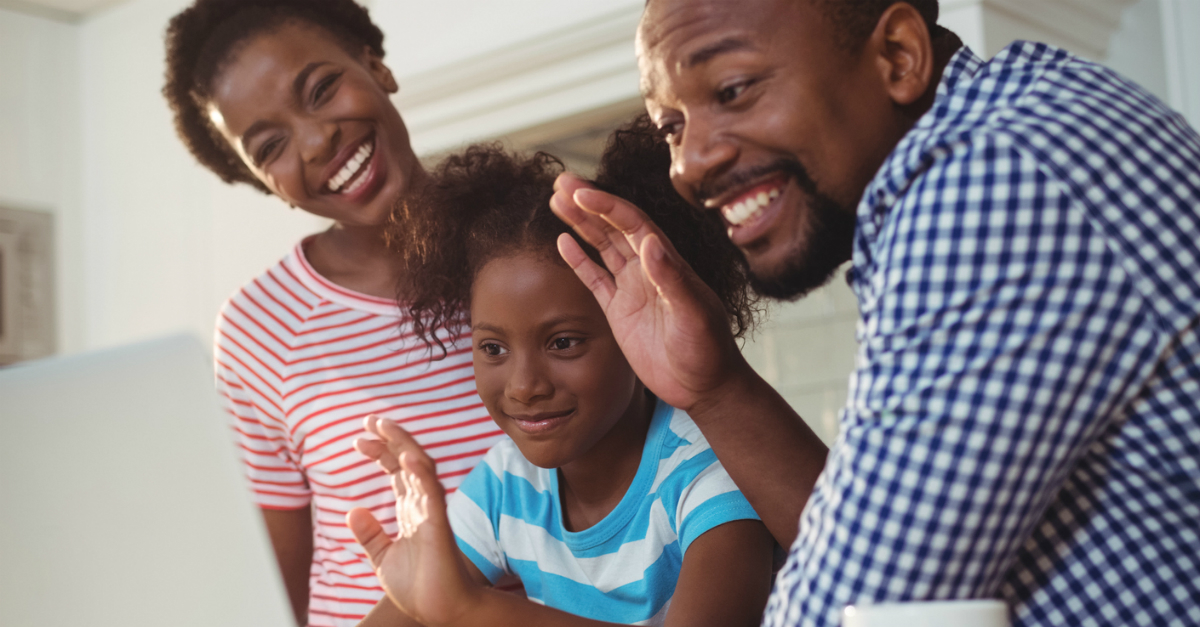 Creativity Will Not End

The fact is that though many, if not most, churches can plan for a “re-opening” sometime in the foreseeable future, in almost every case, this will not mean dropping live-streaming and other forms of connection but adding in-person gatherings to what we are doing now.

The first week that a church is open, there will be lots of people eager and ready to get back. But, even so, until there is a vaccine for this virus, churches will be spacing congregants out in their sanctuaries. This will mean some churches that have only had one service may now opt to have multiple services.

Some churches will perhaps even need to have persons or families “sign up” for what service they will attend (the way some churches do now on especially crowded days such as Easter).

And there will be lots of people who, even after churches are back to gathering, will be unable to attend. Those who are elderly or who have complicating conditions will be unable to resume attendance immediately. For them, there will still need to be ways of maintaining connectedness.

What Will Continue and What Will Be Different

The live-streaming may well continue for a long time, even if it is streamed from a building with people in it.

Online giving will continue to be a necessity for most churches, along with perhaps a centralized slot for people to drop their tithes or offerings, instead of the passing of the plate.

Additionally, for a long time to come there will be aspects of church life that will be different. Churches that never thought about a category of “ushers” will now have people assigned to make sure that doors do not have to be touched as people enter and exit.

Bathroom facilities will need to be restricted to very small groups to keep distancing requirements.

The spacing of seating in auditoriums will require much more planning than just who normally sits where.

And I can’t imagine anytime soon that the practice of “turn around and greet your neighbor” times in churches will resume if it ever does (some of you will miss it; some of us won’t).

Some people will want to re-gather immediately and will think their churches are “giving in to fear” if they take longer to re-open than the businesses around them. Some will think that the church is insane for re-opening whenever it does, and will be tempted to say that their leaders don’t care about public health.

In almost every case I have seen, though, pastors and leaders in this emergency are exercising wisdom and prudence. They are seeking to do the best they can, to make the best decisions they can. 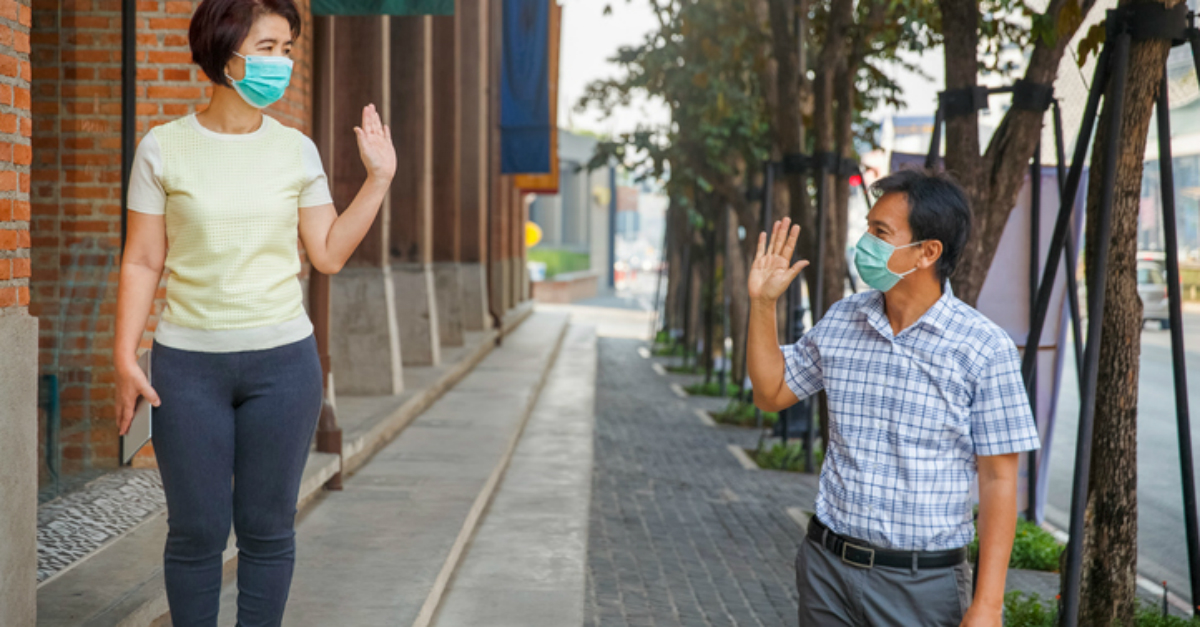 Let’s pray for one another, and impute the best of motives to one another.

If your pastors or leaders make a decision you think is overly naïve or overly cautious, in almost every case, what they need from you is an “I love you, and I’m praying for you, and I know you are having to make really tough decisions.”

Make the best decisions you can in terms of your health and that of your family, but let’s all recognize that we will, all of us, make some mistakes in this process. We will find things we missed the first time. We will reconsider decisions we made. We have never been here before, and let’s pray our children or grandchildren in the church never are again.

So let’s, as much as possible, maintain peace and unity along with safety.

Some of us need to be reminded that quarantine is not permanent, so that we don’t lose hope. And some of us need to be reminded that prudence and love of neighbor is not cowardice. In some sense, we are in the place that C.S. Lewis referenced in his famous “Learning in Wartime” lecture during the height of World War II. Lewis noted how fearful the time was, and how frustrating. And yet, he said, there was something to be gained in all the loss.

“All the animal life in us, all schemes of happiness that centered in this world, were always doomed to a final frustration,” he said. “In ordinary times only a wise man can realize it. Now the stupidest of us knows. We see unmistakably the sort of universe in which we have all along been living, and we must come to terms with it.”

If we give in to the frustration, Lewis said, we will surrender to despair and be unfaithful. But a certain degree of disillusionment, he argued, is in order. He said:

“If we had foolish un-Christian hopes about human culture, they are now shattered. If we thought we were building up a heaven on earth, if we looked for something that would turn the present world from a place of pilgrimage into a permanent city satisfying the soul of man, we are disillusioned, and not a moment too soon.”

Even When We Re-Gather, We Will Be Changed

We will know what it is to be kept apart.

We will know that we are children of dust, and feeble as well as frail.

We will know that we are so feeble and frail, in fact, that something microscopic could, in an instant, take away from us our life, our livelihoods, our loved ones, even our church services.

But maybe that means that we will hug each other longer, knowing how fragile all this is.

Maybe we will hear the Word of God, in person, and with our own ears—with a special realization that we need the Bread of Life. And that apart from it we perish.

We will gather again, maybe sooner than we think. But we will not be back to normal. And, of all the sadness around us, that may be Good News.

This content first appeared on Crosswalk.com and is used here with permission. To view the original visit: https://www.crosswalk.com/blogs/russellmoore/when-will-your-church-be-back-to-normal.html