One day, a pastor was teaching a Sunday School class. He asked the class, “Can anyone think of a Bible verse about being married?” A little boy raised his hand. When the pastor called on him, he said, “Father, forgive them, for they know not what they do."

Maybe you have felt that way. Maybe you’ve bought into the old adage that says, “Marriage is like a three-ring circus: engagement ring, wedding ring, and suffering.”

My mother was married and divorced seven times, so I know a little bit about bad marriages.

I’ve not been divorced, but I’ve seen it up close and personal. I know about the devastation it brings, and I want to do everything I can to encourage you to honor that commitment for a lifetime; to “keep your eyes wide open before marriage and then half shut afterwards,” as Benjamin Franklin said; to know what you’re getting yourself into.

Sometimes we think marriage should be like a fairytale, where we’ll live “happily ever after.” Well, it doesn’t always work out that way, but I do believe you can live “happily even after” if you do it God’s way.

Now, let’s just establish a fact here that I think we should all agree on: culture (and by culture I mean media, Hollywood, television, celebrities, etc.) doesn’t know anything about how to have a good marriage, so we don’t need to listen to culture. We need to listen to the Author of marriage and glean from His Word what we should and shouldn’t do.

Sadly, flourishing marriages are becoming more and more of an oddity today. But it doesn’t have to be that way. Your marriage can be blessed. It can be successful. It can be something wonderful, if you do it God’s way.

In Ephesians 5, we find 5 principles for marriage that, if applied, not only can strengthen your marriage, but can also help it flourish.

1. Turn on the Light

The Bible does that for us. Psalm 119:105 says, “Your word is a lamp to my feet and a light to my path” (NKJV). We are to bring our marriages into the light of Scripture and recognize that we need to conform to what God says.

The question is not whether the Bible confirms what we want to do, but whether we are conforming to what the Bible says.

We must recognize that we cannot sleepwalk through life and through marriage. We need to wake up to the fact that the culture we live in is no friend of marriage and the family. In fact, it wants to redefine those terms.

The society in which we live is hostile to the commitment between a man and a woman. Let me take it a step further by saying that Satan hates the family. He will do everything in his power to destroy yours. So you need to do everything in your power to protect it.

The word circumspectly carries the basic meaning of that which is accurate and exact. It is the idea of looking at, examining, or investigating something with great care.

Walk circumspectly and recognize that good marriages don’t just happen as a result of mere chance or dumb luck. They are the result of work, commitment, and attention to detail. 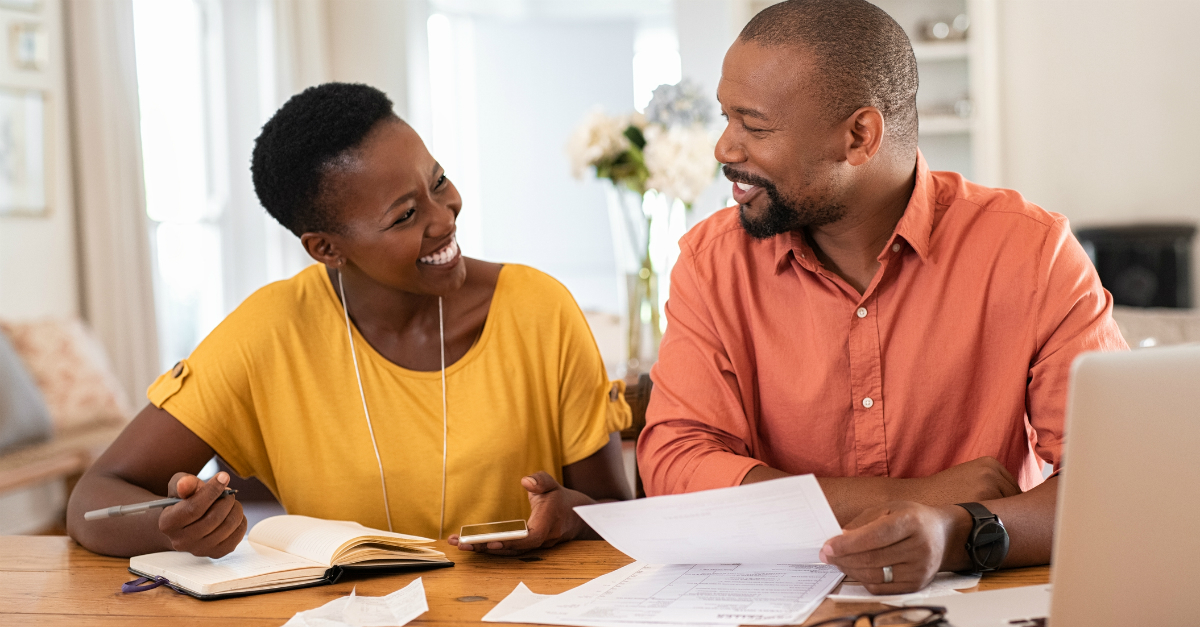 4. Redeem the Time, because the Days Are Evil

The phrase redeem the time means to make the most of it. The end of your life is not the time to realize that you should have thought more about God and your family. Why wait until then?

Maybe you’ve been thinking, “I haven’t really been the husband that I ought to be,” or “I haven’t been a good wife,” or “I need to spend more time with the kids.” Redeem the time, and do what you need to do now. You will never regret it. Take advantage of the opportunities you have today.

5. Be Filled with the Spirit

Anyone who honestly looks at these principles to which God calls us would say, “These are hard. I can’t do them.” And they would be right. We cannot be what God wants us to be without the help of His Spirit.

What does it mean to be filled with the Holy Spirit? In the original language, it carries the idea of a wind filling a sail. Rowing a boat is a lot of hard work. It is a lot easier when the wind fills your sails and carries you along. In the same way, let the Holy Spirit help you make your marriage work.

I am not saying that you don’t need to make an effort. But I am saying that you should let God enable you to be the man or the woman He has called you to be. You need to be filled with the Spirit.

If you’re driving along in your car and that little red light on your dashboard (known as the idiot light) turns on, you’d better pay attention to it. That actually happened to me in a vehicle I owned, and I didn’t pay attention to it. I didn’t put oil in the vehicle when it told me I should, and it ended up being a major problem later.

You need to pay attention. You might need gas, you might need oil, you might need work on your brakes or some other kind of a repair. When the light turns on, you perform the maintenance your car needs. Maintenance is important if you want a car to last a long time.

When you see a beautiful classic car cruising down the road, that’s because someone has maintained it, and when you see a marriage cruising through life that’s lasted for decades, it’s because the couple has given attention to their marriage.

But some people, when they see the first idiot light go off, say, “I’m out of here.” Instead of working through the issue and giving the maintenance that their marriage needs, they abandon it. That’s just foolish. We need to put work into our marriage, but not on our own. We need the help of the Holy Spirit.

In our own strength, we will utterly fail. It is only as we follow the principles in God’s Word, and are filled with and yielding to His Spirit, that we can be the husbands and wives He has called us to be.

Pastor Greg Laurie serves as the senior pastor of Harvest Christian Fellowship, which has campuses in Southern California and Hawaii. He is the author of more than 70 books, hosts the nationally syndicated radio broadcast A New Beginning, and is the founder of Harvest Crusades and Harvest at Home.

This content first appeared on Crosswalk.com and is used here with permission. To view the original visit: https://www.crosswalk.com/family/marriage/steps-to-bringing-joy-back-into-your-marriage.html

I have many times stood upon the shore of a peaceful Atlantic ocean gazing East to the sunrise, pondering the vastness and the depth of God. This was not one of those times.