And though a man might prevail against one who is alone, two will withstand him—a threefold cord is not quickly broken. - Ecclesiastes 4:12 (ESV)

Marriage is such a delicate tension of needing each other and fighting against each other. I blame it on the Fall. Afterall, part of the curse was that the woman would want to lord over her man, which is the opposite of God’s design for headship in a marriage.

On top of that, God instructed the man to sacrificially love his wife like Christ loves the church, and the women to submit to her husband. Both of these commands are impossibly hard to accomplish when two spouses are squared off, arms crossed, waiting on the other to go first. It must happen mutually and simultaneously to be at its peak effect—a generous, trusting submission of love and respect to each other for the designed roles God placed in the home. It just doesn’t work when one spouse withholds from the other in any of these areas.

And yet, that’s the dynamic we all tend to fall into with our marriage over time. The blame game, the conditional love game, the “you go first” game… it only causes division and conflict.

Genesis 2:24 tells us that a man and his wife are one flesh. When we fight and argue, we might as well be ripping off one body part to beat ourselves with it. It’s pointless and accomplishes nothing. What we must do is learn to fight together against the real enemy.

Ephesians 6:12 (ESV) For we do not wrestle against flesh and blood, but against the rulers, against the authorities, against the cosmic powers over this present darkness, against the spiritual forces of evil in the heavenly places.

This is the target that we should be arrows drawn, aiming at together. I love in epic war movies how soldiers on the same team will stand back to back, protecting each other and doing their part on each side of the battle. This is marriage. Husband and wife, back to back, defensive against the enemy and ready to wage war for the things of the Lord. As tempting as it is in the heat of an argument to think of our spouse as the enemy, its crucial we remember they are not. Satan is.

One of the many methods we have in fighting together is helping each other ignore the whispered lies of the true enemy. The word “Divorce” is one lie you and your spouse will most likely at some point have to choose to fight against.

I once heard divorce described as two pieces of paper being glued together—and then ripped apart. The reason divorce hurts so much and takes so long to heal is that there are so many fragments damaged and destroyed in the ripping. Thankfully, if that’s your story (as it is mine), God is the ultimate Healer and Redeemer. But overall, divorce between a Christian couple should never be on the table as an option. If you and/or your spouse view it that way, you’re never going to achieve the intimacy your marriage needs to thrive.

So keep your swords up. Your backs together. And the real enemy clearly in your sights. 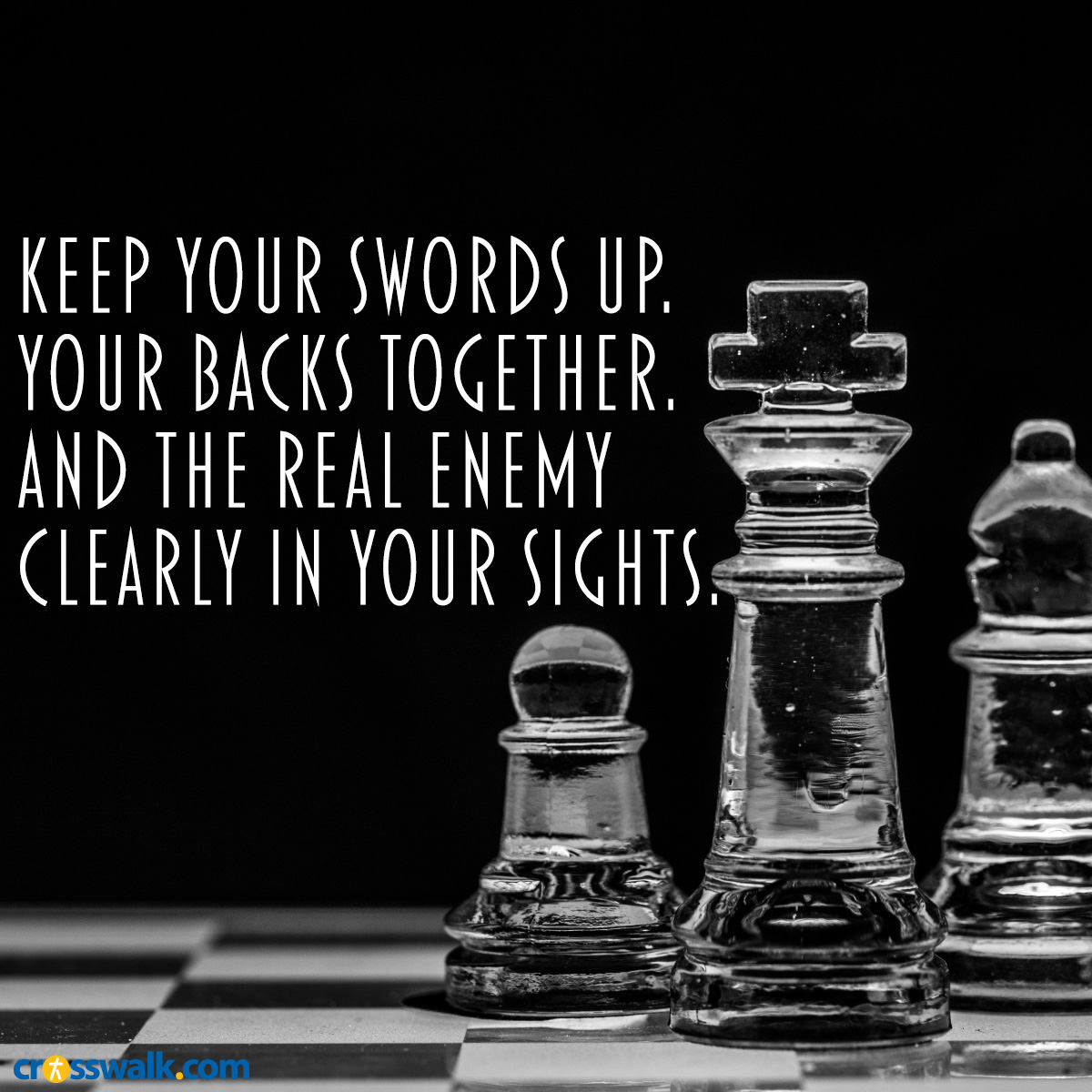 Betsy St. Amant Haddox is the author of over sixteen inspirational romance novels and novellas. She resides in north Louisiana with her drummer of a hubby, two story-telling young daughters, a collection of Austen novels, and an impressive stash of pickle chips. Betsy has a B.A. in Communications and a deep-rooted passion for seeing women restored in Christ. When she's not composing her next book or trying to prove unicorns are real, Betsy can usually be found somewhere in the vicinity of a white-chocolate mocha. Visit her and see a list of books at http://www.betsystamant.com./