Hiding from God
By: Lindsay Tedder

How many times can a toddler be in consecutive timeouts before the timeouts are rendered ineffective?

Not asking for a friend.

Back-to-back slaps across the face to me, warranted two back-to-back timeouts for him. During the second timeout, he escaped and hid from me. When I say he “hid” from me, I use the term loosely. He jumped off the bench he was sitting on, ran to his playroom, and buried his face in a pile of stuffed animals. I could literally see his entire body, except his face. My son is still at that adorable age where he thinks if he can’t see you, then you most definitely cannot see him.

Usually, when he hides from me like this, I can’t help but smile at his lack of awareness and the absolute innocence he possessed. But not so much this time, not after the slapping and the escaping his timeout. I was not overcome with instantaneous joy at the sight of his cute little toddler body thrown onto his stuffed animals, hiding from me. My cheek was still flushed from the sting of the slap he left on it. Truly, I was at my wits' end. 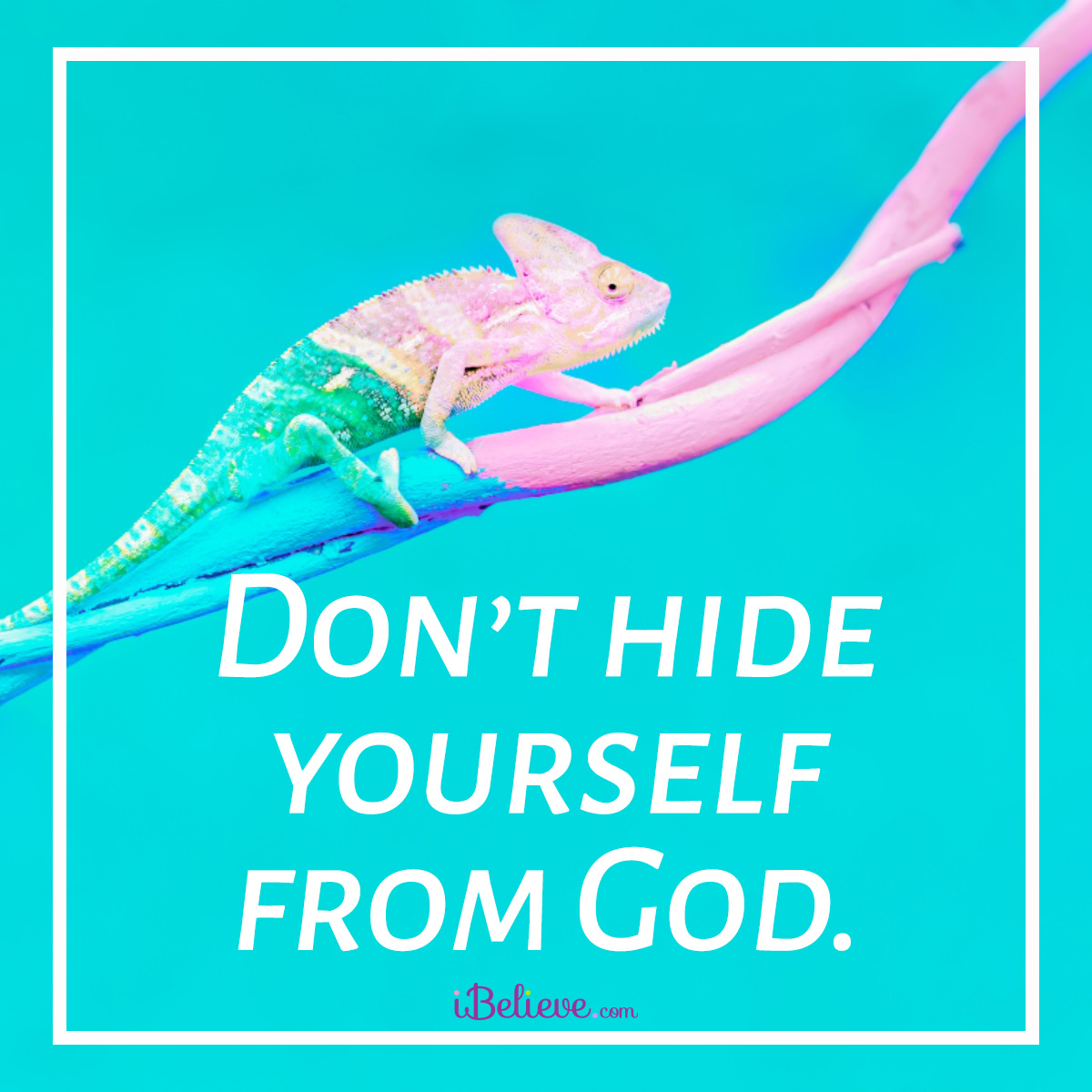 After the dust settled and I gave this feisty little guy of mine a hug and we talked it out, he moved on nearly instantly. He immediately went back to playing and singing and laughing. I was a bit more pensive, the sting of the slap still fresh and the angst in my brain at the wondering if I handled that correctly.

I began to see the parallel between my son and Adam and Eve. My son knew his behavior was incorrect. He knew he was in the wrong. He ran away from me and hid his face in an attempt to not be seen. As if being unseen would erase his behavior.

Adam and Eve knew they were in the wrong. They knew they made a mistake and their solution was to hide. It seems ludicrous to me when I think logically. Hiding from God is definitely no different than my son’s failed attempt at hiding from me. I had my nose a bit too far up in the air as I pondered the preposterous nature of this scenario; as if I was somehow far too mature of a Christian for this lesson to apply to me. Pfft…hiding from God. Not me.

Funny how we can so easily lie to ourselves sometimes. I behave exactly the same way as my son and Adam and Eve. I hide from God often when I sin. Now, I don’t stuff my head in a pile of teddy bears or hide behind a tree. My hiding is far more emotional in content. My hiding is a blatant disconnect. My hiding looks less like a game of hide and seek and much more like a cold shoulder.

As if not connecting with God will somehow make my sin disappear.

As if not confessing my sin will not make it real.

This is just as ludicrous as actually stuffing my head in a teddy bear. God sees it all. He feels my distance. He knows when I’m avoiding Him; when I’m busy just for the sake of being busy. He knows exactly where I am mentally, just as I knew exactly where my son was physically.

Psalm 32:5 says, “Then I acknowledged my sin to you and did not cover up my iniquity. I said, ‘I will confess my transgressions to the Lord.’ And you forgave the guilt of my sin.”

How beautiful to know that when we confess our sin and we do not hide it from our Father, He will forgive not only the sin, but the guilt associated with that sin. I know when I hide my sin, it is because of the guilt I am feeling in my soul for committing the sin in the first place.

I need to pull my head from the teddy bear, stop being busy for the sake of busyness, and stop the emotional avoidance. Only then can I be released from the guilt of my sin and flourish in the relationship with my King.

Lindsay Tedder is a believer, wife, mom, bestie and writer who lives in Columbus, Ohio with her bearded, bourbon-loving husband and her too-cool-for-school toddler. She is full of raw honesty, enthusiastic authenticity, amiable compassion, humble grit, powerful passion…and outrageous laughter, double chins, real life, and frothy nectar-of-the-gods coffee…because…coffee. Raised by a hardworking single mom, she overcame such trauma as sexual abuse-induced food addiction, the debilitating health issues associated with endometriosis, a decade of infertility, and recurring life themes of worthlessness. Connect with her at www.LindsayTedder.com.

Join licensed therapist Carley Marcouillier on Therapy + Theology each week as she tackles a common question related to therapy, mental health, and faith.

Listen to an episode right now by clicking the play button below!